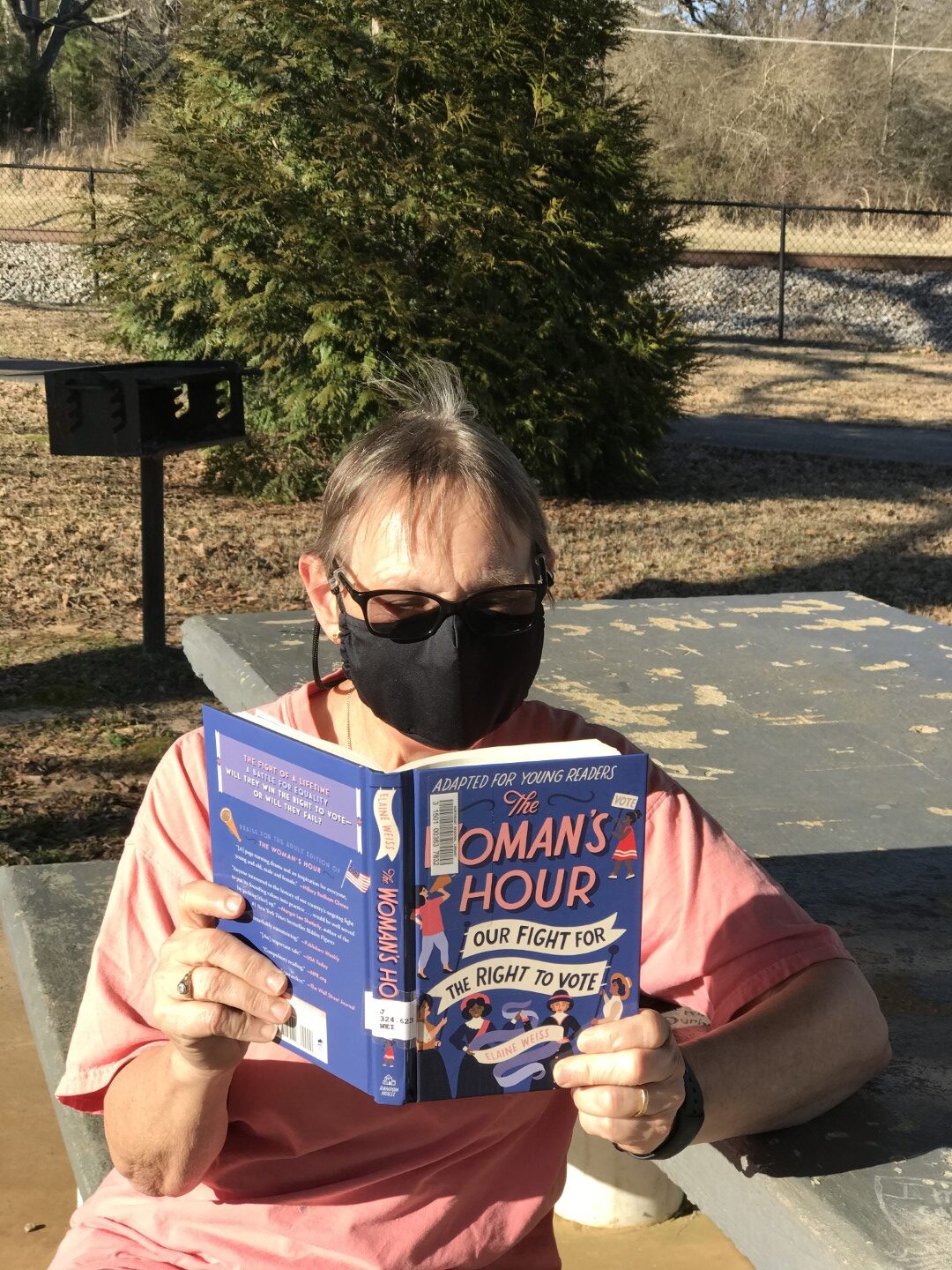 March is National Women’s History month, a time to celebrate, honor and learn more about the brave women from our past who fought for gender and racial equality, as well as those who have excelled in their chosen fields despite the limitations historically imposed on women.  Recent additions to the library’s collection on the subject include The Woman’s Hour: Our Fight for the Right to Vote by Elaine F.Weiss.  This title tells the story of women’s suffrage and early voting rights activists in a format adapted for junior readers. Grasping Mysteries: Girls Who Loved Math by Jeannine Atkins is another junior level book that introduces readers to women scientists and mathematicians who made exciting discoveries, such as Caroline Herschel.  She was the first woman to discover a comet and to earn a salary for scientific research.  The Girl Who Drew Butterflies: How Maria Merian’s Art Changed Science by Joyce Sidman tells the story of the woman who discovered how butterflies go through metamorphosis in a visual biography format that features many original paintings by Maria herself.  Titles in the popular “Who Was?” series for young readers includes ones about autism advocate Temple Grandin, Anne Frank, Helen Keller, Ida B. Wells and Mother Teresa.

For adult readers, new titles include The American Women’s Almanac: 500 Years of Making History by Deborah G. Felder.  Described as “the most complete and affordable single-volume reference on women’s history available today”, this title contains almost 600 pages of biographical information, as well as little-known or often misrepresented facts about women’s history.  Other new titles for adults include She Came to Slay: The Life and Times of Harriet Tubman by Erica Armstrong Dunbar, The Genius of Women: From Overlooked to Changing the World by Janice Kaplan, A Secret Sisterhood: The Literary Friendships of Jane Austen, Charlotte Brontë, George Eliot & Virginia Woolf by Emily Midorikawa and A Girl Stands at the Door: The Generation of Young Women who Desegregated America’s Schools by Rachel Devlin, which discusses how girls and women led the fight for interracial education.

Today is National Color Day 🌈 a day to celebrate all the beautiful color that is around us.  Did you know that color can affect your mood or the way you feel about something?  Red, Read more…

If you have a pumpkin 🎃 on your front porch or steps, you have everything you need to conduct a STEM experiment 🧪 with your children.  To learn how vegetable matter decomposes, have them make Read more…

This month marks the 95th anniversary celebration of the publication of the first Winnie the Pooh book by A. A. Milne.  Illustrated by artist E. H. Shepard, the beloved stories have been treasured by generations Read more…