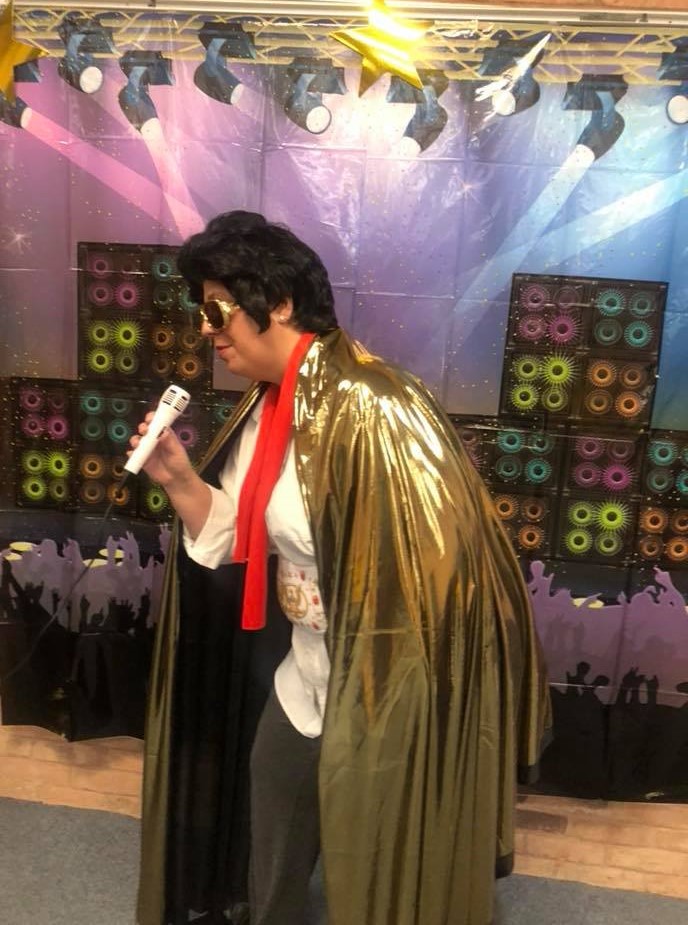 Elvis Week 2021 kicks off today and lasts through August 17.  Held annually during the anniversary of his death, it gives people all around the world a chance to remember the music pioneer.  Elvis Aaron Presley, the King of Rock ‘n’ Roll, was born on January 8, 1935 in Tupelo, Mississippi.  His birthplace, a simple two-room home, is a tourist destination for many.  (For more information, visit https://elvispresleybirthplace.com.)  His family relocated to nearby Memphis, Tennessee when he was 13, a city that would forever remain his home.  After his success as an entertainer, he built a large mansion in Memphis known as Graceland.  Almost ten years after his death, it was opened to

the public as a museum.  In the years since, it has been listed in the National Register of Historic Places (the first site related to rock and roll to be listed) and declared a National Historic Landmark, also a first for such a site. It is the most-visited privately owned home (his daughter, Lisa Marie Presley is the current owner) in America, with over 650,000 visitors a year.  In comparison, other publicly owned houses in the U. S. include the Biltmore Estate in North Carolina, Hearst Castle in California and the White House.  For more information about Graceland, including a Live Cam view of the estate, visit https://www.graceland.com/.

To remember Elvis and his legacy this week, play some of his hit songs, such as “Blue Suede Shoes” or “Jailhouse Rock” and watch some of his movies.  Blue Hawaii, G. I. Blues, Harum Scarum, and Viva Las Vegas are some of the titles available at your local library branches.