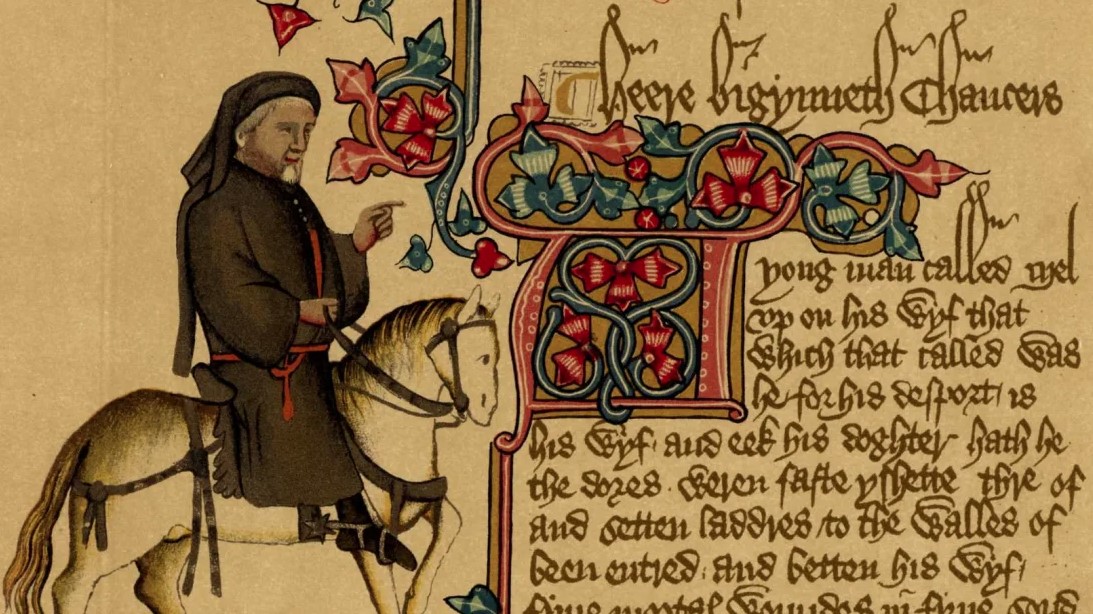 One of the many reasons Geoffrey Chaucer’s 14th-century magnum opus The Canterbury Tales is considered a groundbreaking collection of stories is because he chose to write it not in a highbrow language like Latin or French, but in the common tongue of the people: Middle English. Since colloquial English has changed quite a bit over the past seven centuries, The Canterbury Tales that you might have encountered in high school looks and sounds significantly different than it did when Chaucer first created it.

To give us a chance to hear The Canterbury Tales in its original, lyrical glory, an international team of researchers based at the University of Saskatchewan developed an app that reads it aloud in Middle English.

“We want the public, not just academics, to see the manuscript as Chaucer would have likely thought of it—as a performance that mixed drama and humor,” University of Saskatchewan English professor Peter Robinson, who led the project, said in a press release.

University of Saskatchewan researcher Peter Robinson leads the team that has developed the first app of Geoffrey Chaucer’s Canterbury Tales.
DAVE STOBBE FOR THE UNIVERSITY OF SASKATCHEWAN

The app includes a 45-minute narration of the “General Prologue,” and the researchers have plans for at least two more apps, which will focus on “The Miller’s Tale” and other stories. If you’re not exactly well-versed in Middle English, don’t worry—the app also contains a line-by-line modern translation of the text, so you can follow along as you listen.

Because Chaucer died before finishing The Canterbury Tales, scholars have pieced together more than 80 centuries-old manuscripts over the years to come up with different editions of his work, but there isn’t one definitive text. The version of the “General Prologue” featured in this app is the Hengwrt manuscript, believed to be written by Chaucer’s own scribe, Adam Pinkhurst.

Another important contributor to this endeavor was Monty Python member Terry Jones, a medievalist whose two books on Chaucer and translation of the “General Prologue” are featured in the app’s introduction and notes. Jones passed away on January 21, 2020, and this was one of the last academic projects he worked on.

“His work and his passion for Chaucer was an inspiration to us,” Robinson said. “We talked a lot about Chaucer and it was his idea that the Tales would be turned into a performance.”

You can download the app for free on Google Play or iTunes, or check out the desktop version here.