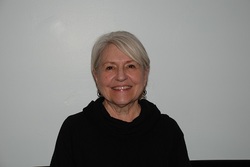 Author Gayle Newby will be doing a book signing at the Ripley Library on Saturday, March 3 from 10:00AM – 12:00PM

About the Author:
Gayle Newby has been published in Grit Magazine, Leaves of Ink, and The Pontotoc Progress Newspaper. Her work is forthcoming in the Hiram Poetry Review, The Santa Fe Literary Review, Passagers Magazine, and Gloom Cupboard.
Gayle has worked as a teacher and as a librarian. A long time resident of the South, she now lives in Utah.

Ripley Friends of the Library News

In late 2019 the Friends of the Library began planning a 50th Anniversary event in April 2020 to celebrate the opening of our current library building in April 1970. Planning was complete by early March Read more…