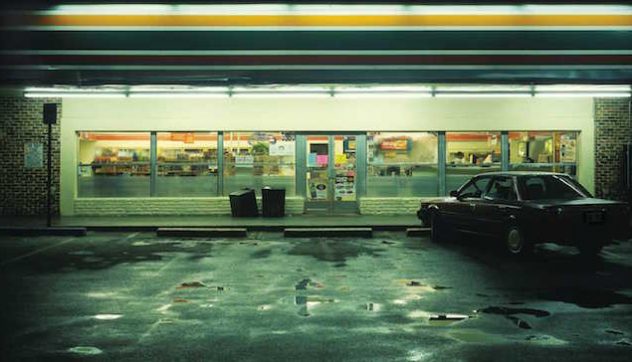 This month’s best new work includes the second book of the Half-Drowned King Viking fantasy trilogy, a portrait of a Midwest town in decline, a debut roman à clef by an Iraq veteran currently imprisoned for bank robbery, and a historical about the Black Plague. And for lighter, contemporary reads, enjoy a sorority-set drama, a romance in Paris gone wrong, and an octogenarian-led cozy mystery.

The Masterpiece, by Fiona Davis
In 1928, Clara Darden struggles against the restraints of the era as the lone female teacher at New York City’s Grand Central School of Art, housed in the majestic terminal of the same name. After the Great Depression hits, her career in illustration disappears, as does Clara. Fast-forward to the 1970s, when divorcée Virginia Clay takes a job at Grand Central, intrigued by the abandoned art studio there, as well as a painting she discovers—a painting that may shed light on Clara’s mysterious fate fifty years prior.

Rush, by Lisa Patton
Yankee Doodle Dixie author Patton has written another entertaining, Southern-set contemporary, this time pulling back the curtain on the secret lives of sorority sisters at Ole Miss. Cali Watkins hopes to earn a place with the elite Alpha Delta girls, but lacks the right pedigree and fears a long-buried family secret will tank her chances. The Advisory Board members have more power than sense, but the girls rise up against them when a beloved house staff member at Alpha Delta Beta is denied a promotion.

Ohio, by Stephen Markley
A searing debut about one evening in the summer of 2013, in which four ex-classmates who came of age during 9/11 reunite in New Canaan, Ohio, a town marked and marred by decline. From the opioid crises to the Great Recession to the never-ending wars in Iraq and Afghanistan, these Midwesterners have been affected by it all, and each seek closure from their painful pasts in this beautiful, sad, contemplative study of a rust belt town that has been hollowed out.

The Sea Queen, by Linnea Hartsuyker
Last summer kicked off the Half-Drowned King trilogy, a 9th-century Viking fantasy based on historical events and overflowing with political machinations and violent battles. In the new installment, six years have passed for minor king Ragnvald and his sister Svanhild, the titular Sea Queen. Their separation has evolved into opposition: While Ragnvald dedicates his life to the unification of Norway under Harald’s command, Svanhild marries the leader of the resistance and displays remarkable strength as a maritime warrior in her own right.

The Last Hours, by Minette Walters
While her husband is away, a woman educated by nuns in 1348 England uses her smarts and intuition to hold the line against the Black Death when it arrives in the town of Develish. Having quarantined herself, her cruel teenage daughter, and her serfs in her moat-surrounded house, Lady Anne denies her own husband entry, correctly fearing he has brought the plague home with him. Her decision does not go over well with her progeny, Lady Eleanor, who harbors a sadistic streak.

Three Things About Elsie, by Joanna Cannon
A lifelong friendship between two women forms the heart of this mystery set in an assisted living facility. Our firmly independent octogenarian narrator, Florence, provides sharp commentary but finds it difficult to communicate with others, fearful her memory is failing. With a new arrival, who strongly resembles a frightening figure from Florence’s past, Florence dedicates herself to uncovering the hows and whys of the man’s reappearance. Shifting perceptions provide a bittersweet, suspenseful, and emotionally cathartic reading experience.

If You Leave Me, by Crystal Hana Kim
Against the backdrop of the Korean War and its aftermath, a young woman desperate to provide for her invalid younger brother and widowed mother must choose between two cousins who love her. One is her childhood sweetheart, while the other has the financial stability necessary to save her family. A memorable, heartwrenching debut with multiple POVs that will appeal to fans of Samuel Park’s This Burns My Heart.

Bad Man, by Dathan Auerbach
Auerbach got his start terrifying Redditors on their NoSleep short story forum, and it’s easy to see why he proved so popular there. His second full-length novel tells the harrowing story of a young man from North Florida drowning in guilt over the role he played in his three-year-old brother’s disappearance. Five years later, now twenty, Ben decides to take a job stocking groceries at the very store where little Eric vanished. Will he find answers in this oddly creepy, disconcerting milieu, even when the local authorities could not?

Cherry, by Nico Walker
PTSD, heroin addiction, bank robbing, and young-love-turned-bleak-survival are the themes of this breakneck debut by an author well-versed in all four topics. As a medic in Iraq, and a veteran of 250 combat missions, Walker returned home to find his memories incapacitating him; in a parallel to combat, the adrenaline rush he got while committing crimes was the only time he felt calm. A blisteringly authentic and timely work is the result.

Goodbye Paris, by Anstey Harris
When her relationship with David (who has a wife and family) comes to a difficult and public end in Paris, thirtysomething Grace Atherton is left to pick up the pieces back home in Kent, where she runs a shop making violins and cellos. Her own burgeoning career in music was derailed decades ago, and truly moving on from her broken relationship may require a hard look at the painful secrets she has been keeping from that time. Luckily, she’ll have help from people in her community, including a y