American Democracy is Fracturing. Libraries Say They Know How to Help

American Democracy is Fracturing. Libraries Say They Know How to Help

One economist learned that lesson the hard way in July after posting a story on Forbes arguing that Amazon should replace local libraries to save taxpayers money. The collective outrage of librarians and Twitter was so great that Forbes deleted the story from its site.

The passionate defenders of libraries aren’t just up in arms about books. They say that in a fractured society, libraries are a crucial way to fight the ravages of scorched earth partisanship, rising social discord, and educational inequalities.

“Libraries are the last safe, free, truly public space where people from all walks of life may encounter each other,” says Philipp Schmidt, director of the MIT Media Lab’s Learning initiative, which launched a partnership with public libraries last year. “Where else can anyone legitimately go and spend time without a commercial angle anymore?”

As fault lines in the US deepen every day around class, race, political party, gender, and education, libraries are quietly providing the social glue that society seems to lack. Most have reading programs and career resources. Some have media production studios and maker spaces. Millions use libraries for internet access, and to work. They are a first stop for immigrants, a place for parents to introduce their kids to reading—an essential gateway to learning—and where the the socially isolated go for human contact. They welcome the poor and the homeless. Some librarians and staff administer have even been trained to administer naloxene to those who have overdosed on opioids. “The library is quietly one of the places that is saving democracy,” says Tony Marx, president of the New York Public Library. If that sounds like self-serving hyperbole, consider: more people visited the New York Public Library last year (around 17 million) than all museum visits and sporting events in the city combined. In 2017, more than 1 million people attended the city’s early literacy programs; in 2018, enrollment in its English for Speakers of Other Languages (ESOL) was at 15,586, up 100% from four years ago, and 523% from 2011.

And in an age of hyper-partisanship, they have no political affiliation, and by design offer diverse ideas that cover the spectrum of history, time, genre, gender and race.

Eric Klinenberg, a sociologist and author, argued recently in the New York Times that libraries may be key to restoring civil society. “Libraries are an example of what I call “social infrastructure”: the physical spaces and organizations that shape the way people interact,” he wrote.

The key of course, is that libraries facilitate any interaction at all. “At a moment when people are increasingly, at a minimum, hiding in their gated communities, or too often antagonistic to people not in their community, the simple effect of coming into a community and siting next to each other to do their work is profound,” says Marx. “That doesn’t happen anywhere else.”

Reinventing the library for the 21st century
Marx refers to the city’s libraries as “essential civic spaces” that ought to inspire every member of society—in particular the millions of poor New Yorkers who lack quiet, calm space to focus and work, but also the well-to-do who crave human contact, or those who simply want to be in the presence of breathtaking architecture or among the quiet comfort of books.

The goal is to reinvent libraries so that they can better serve whatever the community needs: learning centers for kids whose schools are chaotic or lack their own libraries; community centers for adults who need new digital skills; a safe haven for those who need to learn English. When the Washington Heights branch was refurbished, with a new dedicated teen area and tech center, there was a 105% increase in program attendance, a 47% increase in visits, and a 45% increase in circulation.

“There are such pressing needs in every neighborhood,” Marx explains. “We are in the perfect place to provide them. We have the facilities and the trust and the audience.” Libraries are also free of the bureaucracy that can stymie innovation in schools: There is no curriculum that needs to be followed, no teachers’ union to negotiate with, and few regulations on what kinds of classes can be offered. The only challenge is to offer courses and services that people will want and use.

That means thinking outside the box. Two new branches have opened in prisons, serving 20,000 prisoners. The library offers 10,000 free WiFi devices, and broadband in the branches for the two to three million New Yorkers who don’t have it. And the NYPL is currently investing $200 million to refurbish the Mid-Manhattan Library on 40th Street and Fifth Avenue, across from the iconic main branch on Fifth Avenue, to include two floors dedicated to workforce development, job search, and skill development like technology training.

Marx—not surprisingly—sounds almost evangelical in what he thinks is possible when people are given a good library. “We want them to be together to see it’s possible and it works,” he says. “We will feed your imagination so you can imagine solutions and a better world.”

What’s not to love?
Pew Research Data shows people trust their libraries. In a 2016 survey, almost two-thirds of 1,601 respondents (66%) said the closing of their local public library would have a major impact on their community. In addition, 69% said that libraries contribute “a lot” to their communities in providing a safe place for people to hang out or spend time, while 58% say libraries are good at opening up educational opportunities for people of all ages.

And libraries have broad appeal across generations: In the fall of 2016, 53% of Millennials (those ages 18 to 35 at the time) said they had used a library or bookmobile in the previous 12 months, according to Pew data. That compares with 45% of Gen Xers, 43% of Baby Boomers and 36% of those in the Silent Generation. (Pew asked specifically about public libraries, not on-campus academic libraries.)

Food computers and the art of togetherness
“We got interested in libraries as a platform for innovation exchange,” says Schmidt of the MIT Media Lab. Last October, his group announced the Public Library Innovation Exchange, matching public library staff with Media Lab researchers to work on projects together through residency exchanges, workshops and webinars.

So far, the collaborations have built food computers—computers that log data about plants growing to optimize growing—in Akron, Ohio, and in Philadelphia, and offered data science workshops in St. Paul, Minnesota, which the city now offers to city employees. One project has kids building small, functional satellites, one of which will be launched into space in 2019 or 2020.

Schmidt says the cultures between the MIT Media Lab and public libraries are aligned: Both groups had an expansive view of what a public institution could be, and believe deeply in creative learning. “Libraries are looking for a whole new role in the world—more digital, more tech, to meet the needs of patrons,” he says.

Plenty of obstacles exist. As the government has cut back on essential social services, libraries have been left to pick up the slack (see: administering Narcan). That means many do not have the capacity to innovate, Schmidt says. And some are resistant to change, though less so than other institutions like universities and schools.

Libraries cannot, of course, fix all of society’s ills. But it makes sense to reimagine them in light of the warp-speed changes around us. For one thing: learning does not happen just in schools, nor just during school-aged years. It is a lifelong pursuit that requires space and time and programming. The fortunate in society might not need additional help with accessing the information they need, but plenty of others do. In an age where rich kids are programmed to the hilt with music lessons and sports teams and tutoring and non-stop enrichment, Schmidt hopes libraries can even the playing field, even if just a bit, by being offering a platform for creative after-school learning. In other words, libraries can be one small piece of a larger societal puzzle to support those in society who need it most.

“We will do almost anything that will increase the sort of intellectual engagement of the community, that will bring the community together around learning and opportunities, and skills, and jobs,” says Marx. ” And just togetherness— thats the secret of why New York became New York. We can’t lose it.” 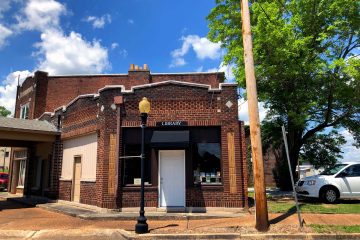 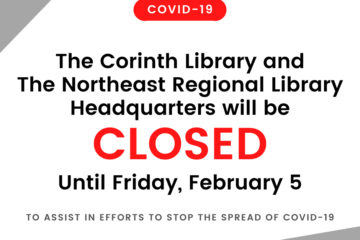 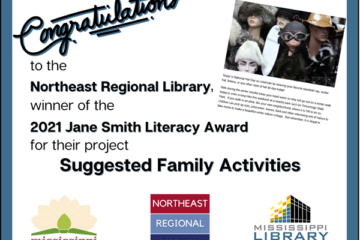