The Book Is (Almost Always) Better Than The Movie 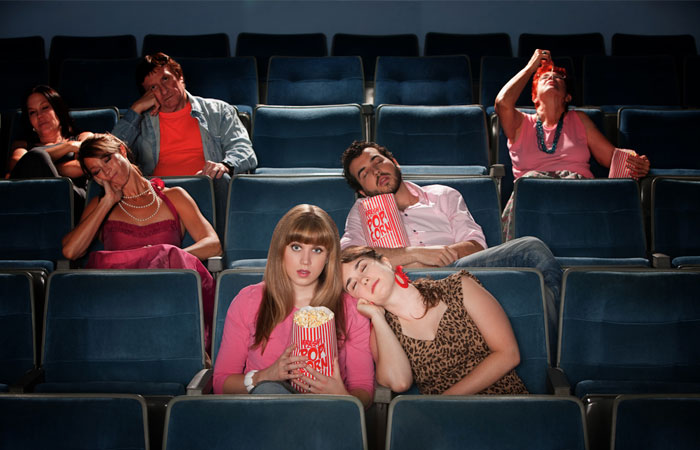 The Book Is (Almost Always) Better Than The Movie

It’s undeniable that a book original usually blasts its movie version out of the water. But why is that so? Below, six reasons books almost always take the cake. Filmmakers, consider this your cheat sheet for bringing book-based movies more up to snuff.

The Movie Gets Lost In Translation
It’s widely known that Stephen King was unhappy with Kubrick’s approach to putting The Shining on the screen. King disliked Shelly Duvall’s weak “scream and run” character and Nicholson’s too-rapid descent into insanity, versus book Jack Torrance, who experienced a slower and thus more agonizing loss of his marbles. Without the actual writers sitting by their side, filmmakers are left to play the telephone game on a grand stage. They perceive the author’s writing and spin it into their own take. And, as anyone who has frequented a book club or two knows, there are many different ways to interpret a book.

“That’s Not How I Pictured It!”
Once a filmmaker decides upon settings and characters, we’re limited to seeing those characters and settings through their eyes. However, 500 different readers of the same book may have 500 different ideas of a character’s appearance. And if an actor doesn’t measure up to what you imagined when reading the book, there’s some disappointment. (Remember the ruckus that ensued when the Fifty Shades Of Grey cast was revealed? People care!)

Huxley’s intro to Brave New World struck hard when I read it, and sticks with me still—probably because he uses a fragment to begin the book. In this opening, I’m fed a “squat grey building of only thirty-four stories” and “harsh thin light” looking for some “pallid shape of academic goose-flesh.” I found an awful TV movie of Brave New World from 1980, and its intro imagery didn’t come close to Huxley’s. (Not like that would have been easy.) There’s no squat grey building, no pallid shape of academic goose flesh, no fragment! Give me my book back, thank you very much.

Limited Storytelling Time
Perhaps I missed a “pallid shape of academic goose flesh” in the Brave New World movie because of time constraints. Most movies do their thing in 1.5–3 hours. A book is edited and crafted, but the writer is still working within an unlimited time canvas. This condensing of books into movies leads to deleted parts from the book or abbreviation of developments within the book.

Script Writing May Not Do The Story Justice
While a movie is afforded the power of visual stimulation, it’s limited in terms of having to tell a story primarily through dialogue. Making that transition from words to visual representation plus dialogue is not as simple as it seems, particularly when you’re dealing with a book that has a lot of inner dialogue, or that gives the reader insight into a character’s mind. Short of the Zach Morris look-at-the-camera-while-having-a-side-convo-with-the-audience technique, it’s tough for filmmakers to depict the inner workings of a character’s mind.

Books Allow The Reader to Put it Together
Some movies are more powerful because they play like books. Film noir and later Alfred Hitchcock did a good job of inference with subtle tension. Of course, Jaws was so effective because you never see the darned shark! Without the power of visuals, books allow readers to put together the story and elements in their mind. Sometimes movies overdo the visuals.

The Book Stays With You
Music has vinyl and writing has books, but movies don’t offer a physical object that offers an emotional connection—unless you want to count the campiness of VHS tapes. So, when you’re arguing about whether the book or movie was better, you might just be standing up for that old worn-in friend with the creaky binding that lives on a shelf in your bedroom.

Why do you think the book is usually better than the movie? Can you think of any exceptions to the rule?

Digital Escape Room Master List: These escape rooms have been compiled by MLC and created by librarians across the country. If you share these with your patrons, CREDIT THE SOURCE if they are listed! If Read more…

Female Librarians on Horseback Delivering Books, ca. 1930s In the 1930s, many people living in isolated communities had very little access to jobs, let alone a good education for their children. In Kentucky, they had Read more…