About Ghosts, Witches, and More

Looking for new titles to add to your Halloween-themed reading? Check out these recently reviewed spine-tingling works for tweens that will spook and terrify. When Josie’s grandmother becomes ill, Josie and her family leave city life and move to her grandmother’s home in the country. For Josie, this means starting sixth grade at a new school, far from her friends, with no Internet or cable TV. Her grandmother has many strange rules and is always muttering to herself about the witch in the woods, which makes it even more difficult for Josie to make friends. When children begin to disappear and horrible dreams start haunting Josie and her younger sister Anna, Josie learns that her grandmother’s strange beliefs might not be the mutterings of an old woman.

VERDICT Casual horror fans are likely to pick this up based on the cover alone. Recommended as an additional purchase for large collections where scary fiction circulates well.–Ellen Conlin, Naperville Public Library, IL

Rosa Diaz might have saved her town by unleashing ghosts in A Properly Unhaunted Place, but now she has to deal with poltergeists….

VERDICT Readers looking to continue with the adventures of Rosa and Jasper will be delighted with new supernatural dilemmas and dark twists. Purchase where the first book is popular.

Three classmates learn to appreciate one another’s differences as they battle a demonic being known as the Smiling Man….

VERDICT A winning combination of thrills, chills, humor, and heart. Hand to fans of Holly Black’s Doll Bones and readers who enjoy the works of Mary Downing Hahn and Jonathan Stroud.

A stunning historical fantasy novel about the power of friendship, our potential for courage, and the beauty of remembering loved ones, set in Victorian England….

VERDICT Excellent writing and skillful integration of historical fact with compelling characters make this a must-buy where middle grade fantasy is in demand.

A compelling Gothic romance filled with generational secrets and blackmail…. Black crafts between Valentine and Rowan pushes the pace, holding readers’ attention until the last page.

VERDICT Purchase where there are avid fans of gothic romance, historical fiction, and mystery.

Collaboration between bestselling authors is bound to produce high expectations, and this mash-up of “Goosebumps”-meets-The Goonies certainly delivers….

Clara craves normalcy and organization. With her beloved grandmother deserting their home in Toronto for sunny Florida, Clara is left to the whimsical parenting of her mother, Gabby….

VERDICT Clara is an utterly likable character and readers will root for her. A solid purchase for larger collections, especially where readers enjoy a touch of the supernatural in their mysteries.

Glorieta Magdalena Davis Espinosa lives with her recently remarried father, her stepmother, and Lilith, her mean-spirited but deeply unhappy stepsister in the town of Puerto de la Luna….

VERDICT Though the pacing is sometimes uneven, the characterizations are plausible and move the plot along to its satisfying, if somewhat rushed, conclusion.

Poor Fovea Munson. Life is hard in seventh grade when your parents own a cadaver lab and your classmates know that your parents work revolves around dead bodies…

VERDICT Highly recommended for kids who like fantasy, science fiction, and light horror.

Twenty years after penning the “Whitby Witches” trilogy, British fantasy author-illustrator Jarvis brings readers back to the town of Whitby in the first of this new series….

VERDICT With a wide array of characters and a highly imaginative story, readers who can’t get enough of this mix of humor and light horror will be satisfied in knowing there’s more to come; this is the first of a planned trilogy.

Long-time favorite fantasy series “Skulduggery Pleasant” is officially jumping the pond to land on U.S. shelves. After the death of her uncle Gordon, 12-year-old Stephanie’s quiet life is thrown into chaos as an epic mystery unfolds involving her uncle’s secret abilities, a mythical secret, and an ancient threat….

VERDICT If not already on shelves, this is a first-purchase for collections with interest in smart, and dark, speculative fiction.

Min is a supernatural creature, a fox spirit, with the ability to use fox-magic, called the Charm, to change her appearance and persuade others to do things….

VERDICT With ghosts, pirates, and a rollicking space adventure, there’s a little something for everyone here. A recommended purchase for all middle grade collections.

Like a love letter to traditional Japan, this graphic novel takes readers off the beaten path to explore the mountains, coast, and small towns of Niigata prefecture alongside a pair of adventure-seeking French tourists….

VERDICT Light on character development and plot but brimming with charm, this stunning volume will enchant ghost story enthusiasts and those interested in Japan.

Devin Dexter and his cousin Tommy are used to battling evil; after all, they recently saved the town from a bunch of demonic stuffed bunnies in Night of the Living Cuddle Bunnies….

VERDICT Hand to tweens who have moved on from “Goosebumps” and like their horror served with plenty of laughs. A solid purchase where horror series circulate well.

Lucas Trainer isn’t happy about his family leaving the city he loves to move to an inherited house in the country. His parents are excited and hope moving will help the serious lung condition that plagues Lucas. Upon arrival, the Trainers soon discover there isn’t anything ordinary about the town of Hounds Hollow or their new home, Sweetwater Mansion….

VERDICT Give this to patient readers who enjoy a good scare.

Chance has always admired a marionette named Penny that Fortunato owns and is thrilled when he is allowed to keep Penny after the museum closes. Chance soon realizes that he can communicate with Penny in his mind….

VERDICT A dark and spine-tingling tale for fans of “Goosebumps” looking for something a bit longer and more nuanced.

Cassidy is looking forward to a mostly ghost-free summer vacation when her parents, paranormal history authors, break the news that, instead of a summer at the shore, their family will be traveling to Edinburgh to investigate the most haunted places in Scotland….

VERDICT This fast-paced, spooky ghost story filled with international adventure is sure to please horror enthusiasts and armchair travelers.

VERDICT Fans of “Goosebumps” and the updated “Baby-Sitters’ Club” graphic novels will find lots to like in this delightfully monstrous mash-up.

When Jayla’s father whisks her and her brother Dion off on an unexpected trip to Colorado for a work commitment, they expect a fairly dull week stuck roaming around a hotel that doesn’t even offer an indoor pool. What Jayla doesn’t bargain for is that the hotel her father has chosen is the famed Stanley Hotel, known for its resident ghosts—and that the room they’ve booked is none other than number 217, popular with ghost watchers for its haunted reputation….

Alex April’s new best friend Clarence “Bones” McFadden is obsessed with ghosts, which is why the pair finds themselves in a cemetery in the middle of the night searching for ghost activity.…

VERDICT Themes of ghosts, adventure, and friendship abound in this fast-paced story. Sure to be a delight for young readers and a good choice for most shelves.

These reviews have been excerpted from multiple issues of School Library Journal. 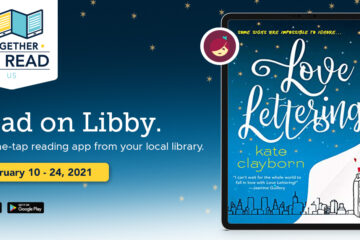 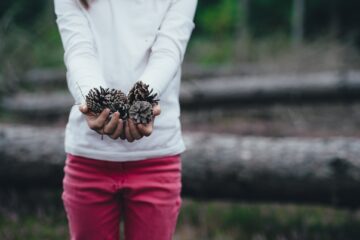 J.K. Rowling Is Releasing A New Book Chapter-By-Chapter Online For Free The Ickabog’s first two chapters are online now Over the next seven weeks, J.K. Rowling will release her new children’s novel The Ickabog for free Read more…