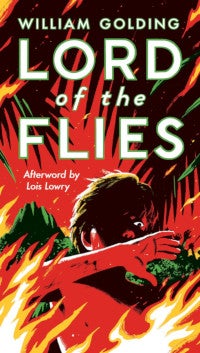 Great reads for those who want more deadly games like the ones in the viral South Korean Netflix hit.

Every now and then a particular TV show takes over and commands the all-seeing eye of pop culture for weeks or months at a time—think the first season of Stranger Things, or the height of Game of Thrones mania. Right now, that show is Squid Game, which has become the most successful Netflix series of all time, not to mention the latest entry in a wave of South Korean cultural exports captivating a global audience. I mean, people are editing themselves into the show on Tik Tok, which is basically the highest honor an audience can bestow in 2021.

The appeal is no mystery: Take a familiar trope (it’s a game—but deadly), roll it in a breading of late-stage capitalism dystopian horror, fold in excellent writing and character development, and let it cook on one of the world’s largest streaming services, and you’ve got Squid Game. (serves nine…episodes).
Despite the language barrier for English speakers (and the arguably janky translation work on the subtitles), the show deals in universal experiences with emotional depth, and the visuals are arresting. You might call its approach novelistic, especially in its use of allusions—ranging from M.C. Escher’s “Relativity” to Judy Chicago’s Dinner Party—which is why, if you really want to have a similar entertainment experience, you can forget watching other TV shows (though we do have suggestions for other imported South Korean dramas). The comp you’re really seeking is more likely to be a book.

Some of these 13 books served as inspiration for the series, some capture its bleak understanding of the ways social and economic forces conspire to crush the life out of us, and some are similarly pitch-black stories about desperate people fighting for survival in one sense or another. Any will work as an ideal literary follow-up to your all-too-short Squid Game binge.